Ireland, unfortunately, gets a bad rap when it comes to its culinary offerings. One area of Irish food that is often overlooked is its desserts. Simple yet delicious, sampling a few are a must during any trip to the Emerald Isle. Here, we share our recommendations for the best Irish dessert recipes to make at home.

What Is Irish Food?

Ireland has never been famous for its food. Corned beef and cabbage, Shepherd’s Pie, and potatoes, that’s what people think of when they hear Irish food. It’s food that’s boiled, lacking flavor, and creativity. While other cuisines like Italian, French, and Spanish are highly regarded, Irish food has never received such accolades. But things are looking up.

In the last 15 years, Irish food has experienced a renaissance. A renewed focus on using locally sourced ingredients has led to this renaissance. Irish chefs who went abroad to study and work in top kitchens have returned home to Ireland to reinvent what we consider Irish food. We’ve seen this first hand – we live in Ireland.

What Are Irish Desserts?

All too often people think by adding a shot of Irish whiskey, Baileys, or a pint of Guinness stout this automatically makes it an “Irish” dessert. I’m not pointing any fingers, but chain restaurants like Bennigans and TGI Fridays have played a role in what people consider an Irish dessert. So, while I do enjoy a slice of Bailey’s cheesecake, the Baileys (Irish) Tiramisu (Italian) might be a step too far.

Like making desserts at home? Check out our other round-ups of tasty dessert recipes:

Dessert Recipes Made With Coffee

So then, what are Irish desserts? Desserts in Ireland have a lot in common with desserts from other cuisines. First and foremost, they use ingredients sourced locally. Ireland is fortunate to grow a variety of apples, berries, and other fruits ideal for desserts. Barley and oats are staples in Irish cooking. As a result, many desserts in Ireland feature these local ingredients.

Much like the rest of Irish food, Irish desserts have gone through their own renaissance. Irish pastry chefs are finding new and innovative ways to “modernize” traditional Irish desserts and Irish pastries. But rest assured, there are plenty of opportunities to grab a slice of tart or fresh brown bread across Ireland.

One of the most important parts of baking is the choice of bakeware. We recommend 360 Stainless Steel Cookware for baking. We use their stainless steel baking sheet for our traditional Irish bread recipe.

The 360 Cookware 5-piece Bakeware Set includes two 9 inch round cake pans, 10-inch pie pan, 17.5 x 14.5-inch cookie sheet, and 9 x 13-inch roasting pan. All pieces are oven-safe up to 500 degrees Fahrenheit. Recognized by the EPA, 360 manufactures its products in a process that includes no harsh chemicals. Free recipes and cooking tips are available on the 360 Cookware website.

If you are looking for an alternative to traditional baking, try making these recipes in a steam oven. Steam ovens are not only fast and convenient, but they also add a bit of extra moistness to cakes, cookies, and pies.

Growing up on apple pie in the US, I’m a bit partial to this dessert. In 20+ years of traveling to Ireland, I’ve learned that Ireland grows some seriously delicious apples. It shouldn’t come as any surprise as apples have been growing in Ireland for over 3,000 years. Thankfully in addition to making excellent cider, Irish Apple Pie is a popular Irish dessert.

It’s more likely that in Ireland, it would be called an apple tart, or apple cakes are also quite popular.

The recipe for Irish Apple Pie is nearly identical to that for an “American” Apple Pie. There is, however, a subtle difference in how apple pie is garnished in the US and here in Ireland. In the US it was always apple pie and vanilla ice cream. Here, custard seems to be the garnish of choice. Perhaps this is just my aunt’s way of serving it, but that’s how it’s been served to us.

It’s exciting to discover new food experiences. While we’ve been coming to Ireland for years and now live here, we only scratched the surface on Irish food and drink. One of our most recent discoveries is the Irish Porter Cake. With a limited knowledge of Irish cakes, we were rather intrigued to make our own Irish Porter Cake when we learned of its special ingredient.

One of the more traditional Irish cakes, the Irish Porter Cake is a beast. Put simply, it’s essentially an Irish fruitcake and it’s most likely made during Christmas time. It’s dense. It’s packed with fruit. And is so heavy, it can be used to prop open a door.

What separates the Porter Cake from other fruitcakes, is that the cake is “fed” a dark Irish beer. Hence the name Porter Caker. Ireland being Ireland, Guinness is the dark beer of choice. Periodically a small amount of Guinness is poured or “fed” over the cake. This keeps the cake moist over the holidays and keeps children away from the cake.

Say the word “rhubarb” to me and my first reaction is Ireland. Forget the potato, I feel like rhubarb is the national vegetable. I asked some Irish friends on Twitter what they considered to be traditional Irish dessert. Nearly every one of them gave me a dessert with rhubarb. Stewed rhubarb and custard, rhubarb crumble, and of course rhubarb tart.

Rhubarb Tart is a surprisingly tasty Irish dessert. In order to break down the sourness of the rhubarb, a fair amount of sugar is used. If this is done right, the tart will have a sweetness we all love from desserts, but with just a hint of sourness.

Also, because this is Ireland, which is a country known for its drinks, we also include a recipe for the classic Irish coffee and even a Guinness float – no reason you can’t drink your dessert!

We’ve tried our best to include easy Irish dessert recipes too. Thankfully most Irish desserts are straightforward and can be made by the most novice of bakers. As we find and test out new recipes, we will continue to update. Irish Apple Cake with Warm Custard Sauce is a lightly sweetened apple dessert recipe that is perfect for enjoying during cold weather months. Studded with chopped apples and topped with the wonderful vanilla sauce, this is one of the best apple dessert recipes to make. Arguably one of the more delicious Irish cookies dessert recipes, thanks to all the butter! These are super easy to make and go perfectly with a hot cup of tea. An Irish twist on a classic bar dessert recipe, these Irish Coffee Blondies are covered with a rich and thick Bailey's cream cheese frosting. Served with an Irish Whiskey Hard Sauce this is not your typical bread pudding recipe. Neither is making it in a crockpot. But the end result is the same warm and tasty dessert we love to eat. You are meant to taste the whiskey in this cake! It’s not just an accent flavor, it’s the star of the show. In this Irish cake recipe, you get honey-kissed, whiskey flavor in every bite. Yum!!! Tarts are some of the most popular traditional Irish desserts. This whiskey tart is filled with bittersweet chocolate, caramelized pear, and chocolate shortbread crust come together for a memorable Irish dessert. These no-bake Irish Cream Dream Bars are an easy dessert with a shortbread cookie crust, an Irish cream cheesecake layer, Irish cream chocolate pudding, and whipped cream. It's an easy creamy, delicious dessert that the adults will enjoy! A rich, decadent, absolutely delicious Irish cake dessert that will have you coming back for more. An Irish take on a traditional Black Magic Cake with Guinness replacing coffee. The addition of a whiskey caramel makes this a must-try for St. Patrick's Day or any when you are craving some Irish sweets. Irish Coffee Cheesecake Squares are a lighter alternative to regular cheesecake, with a hint of coffee and whisky to keep it all interesting! The Best Baileys Cheesecake with Irish Whiskey. Silky and creamy, it's an Irish dessert recipe you'll want to make over and over again. 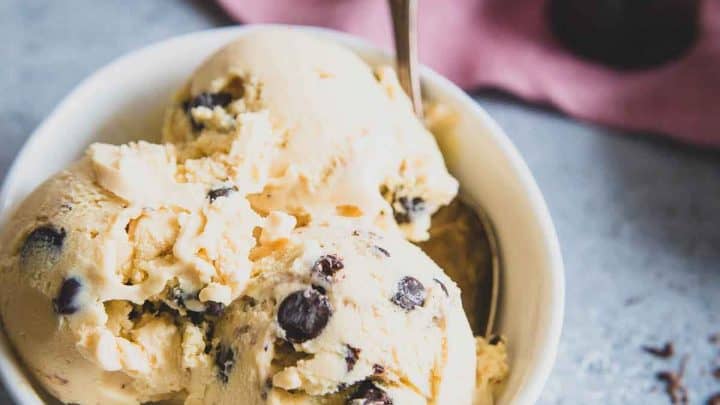 There a plenty of Baileys dessert recipes but nothing better than homemade Baileys Irish Cream Ice Cream. Perfect by itself or served alongside pie or cake. Rich and gooey brownies made even better with a splash of Baileys Irish Cream. This sultry deep chocolate mousse is unforgettable. Made richer with mascarpone cheese, strong coffee, and Baileys Irish Cream, it very well may become your new favorite! A refreshing Guinness float recipe made with Guinness beer and ice cream then topped with whipped cream and chocolate syrup. Incredibly delicious!

What is the national dessert of Ireland?

Always a debate, the most common answer is an Irish apple cake or tart. Usually served, or at least at my aunt’s house with a heaping of warm vanilla custard or ice cream.

What do they eat for dessert in Ireland?

Dessert is a big thing in Ireland. From apple cakes and tarts to puddings, you certainly have options. One of the most popular ingredients used in Irish desserts is rhubarb. Grown all over Ireland it’s featured in cakes and pies, often stewed beforehand.

What is the most popular cake in Ireland?

Believe it or not, not everything in Ireland has Guinness in it. While Guinness cakes are popular, cakes featuring apple or rhubarb are the most common or popular.

Eric Hoffman is the co-founder of Food And Drink Destinations. Eric is a lifelong traveler who is passionate about helping people learn how to travel for food. He lives with his wife, Amber, in Limerick, Ireland, after spending 3 years living in Spain. Over the last 20 years, they've traveled to over 70 countries together, always in search of great food travel experiences. Eric also loves cooking at home, always looking to perfect his Italian recipes.